Home » Podcasts » Lawyer Minds Podcast #29 – Continuing the Fight for the Sutherland Springs’ Victims w/ Jamal Alsaffar
This is the official podcast of Lawyer Minds. We’ll discuss news related to the Lawyer Minds ecosystem and the legal industry in general. 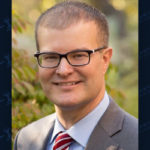 Mike Campbell heads the Columbia, MO office of Thomas Law Offices and concentrates his practice on motor vehicle and medical negligence litigation. He is on the Board of Governors for the Missouri Association of Trial Attorneys, is an associate editor … 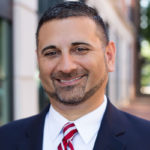 Mr. Thomas is the founding partner of Thomas Law Offices with offices in Louisville, Kentucky, Cincinnati, Ohio and Chicago, IL.  He and his firm practice solely in the area of civil litigation with a primary focus on medical device and pharmaceutical …

Jamal Alsaffar of Whitehurst, Harkness, Brees, Cheng, Alsaffar, Higginbotham, and Jacob, PLLC returns to the pod to discuss the most recent developments of the trial for the 2017 Sutherland Springs mass shooting at First Baptist Church in Sutherland Springs, Texas.

Tad Thomas and Mike Campbell first talked with Jamal about the case in August 2021, during the case’s liability phase. During this phase of the trial, the federal government was found to be 60% liable for failing to hold the shooter accountable for acts of domestic violence and threats he conducted before the shooting occurred. In Texas, that 60% translates to 100%.

Earlier this year, a verdict for $230,000,000 was reached during the damages phase of the trial—an amount the government is fully liable for. Currently, the case is in the appeal phase.

In the pod, Jamal discusses what the appeal phase looks like for a massive case of this nature, what the government’s options are and how the case was handled, and some of the implications of the case’s resolution. This case has been groundbreaking in multiple ways due to the way the courts have had to take a long, hard look at gun laws in our nation as well as the ramifications of a shooting of this size.

Jamal also discusses the incredible complexities of the trial, which involved 26 instances of wrongful death and 22 injuries. The organizational complexities alone were tremendous. Learn how Jamal and his team structured the trial to present all of the pertinent information in the most powerful way possible to speak on behalf of the victims and their families and how Jamal fought with everything he had to ensure the victims received a fair verdict.