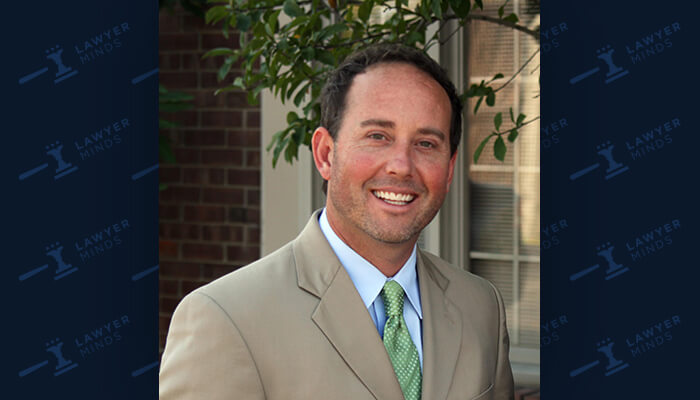 Todd Burris is the founder and principle attorney at Law Office of Todd W. Burris, PLLC in Lexington, Kentucky, where he helps individuals and families who have suffered at the hands of negligence resulting in catastrophic injury. Todd’s private practice is built upon the same foundation he uses to build strong lawyer-client relationships—the cornerstones of trust, honesty, and commitment.

Todd Burris: I became a trial lawyer focused on personal injury primarily because in law school, my mother was in a horrible car accident, as she was struck by a drunk driver and nearly killed. She was in the ICU for a week and it took many months of intense rehab and therapy, but miraculously she made a full recovery and is in her 80s now and doing great. I got to experience firsthand what a family goes through in a serious car accident and got an understanding of the ways insurance companies try to work for their own ends rather than protect their insureds. This was the catalyst for me in finding a path in the personal injury world.

There is nothing better than working for a family to make sure they are treated fairly, and they get the compensation needed to try and make them whole.

Lawyer Minds: What kind of cases does your firm handle?

Todd Burris: One of the most rewarding moments was one of my first wrongful death cases where an insurance company tried to settle the case very early and claim there was only $25,000 minimum limits coverage available on the claim based on a step-down provision in their commercial policy, which I knew was not true. We filed suit and they ended up paying over $1,000,000 in damages. I kept the letter they sent trying to settle for $25,000 taped to my wall for the entire year and a half we litigated the case.

Lawyer Minds: What do you wish you would have known about your career before becoming a lawyer?

Todd Burris: I wish I would have known more about the actual business side of owning a firm – the logistical aspect of expenses, marketing, funding cases, and bookkeeping, as I’ve had to learn these things the hard way. Practicing law and building relationships with clients has always come naturally to me, so I would have liked more help earlier on in my career for this other side of running a business.

Lawyer Minds: What are some things you look for when first meeting with a client?

Todd Burris: The number one thing I look for is evidence they’re telling the truth about the facts of the accident and about their injuries. If I don’t believe them, I won’t be able to represent them.

You can tell pretty quickly whether someone’s motivation is to get some easy money – which doesn’t really exist – or whether they truly need an advocate and are sincere. These are the clients I am looking to represent.

Todd Burris: I would say be prepared to grind it out and not make much money for the first several years, but if you stay the course, be honest in all your dealings, work hard, and treat people well then you will do very well in the end.

Todd Burris: I would say I spend about 50/50 as I am in the office half of the time drafting letters, making phone calls, checking in on clients, etc., and the other half going to Court and drafting complaints and motions, etc. We try to stay small on purpose so I can really give my time and attention to the cases I do take. We tend to focus on the more serious injury cases and turn a lot of cases away because we just can’t give the amount of time it would require if every call we received became a case we took.

Lawyer Minds: Is there a moment in any trial or a deposition that sticks out to you — good or bad — and can you share that?

Todd Burris: At my first trial after the lunch break, it was my turn to call my first witness so I walked up to the podium and the jury was very close to me and I had forgotten to turn my cell phone on silent. Text messaging was fairly new then and I had a voice message rather than chime for when a text message was received, so right as I was about to speak, I received a text message. My phone blurted out “Text Message – Thank you Jesus” and I was so embarrassed but fortunately not everyone on the jury heard it – just a few that were close in proximity to me. I looked over and they were smiling and laughing, so I did too. I ended up prevailing in that trial!

Thanks to Todd for sharing his thoughts with us as well as reminding us that’s one thing all attorneys likely have in common – a good story about forgetting to put our phones on silent.