Home » How Much Tech Is Too Much During a Major Trial? 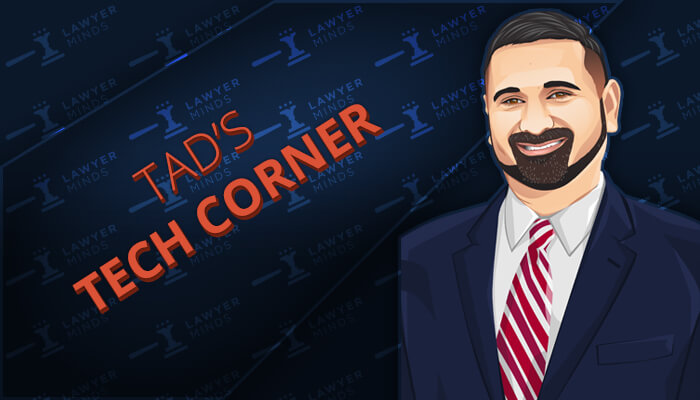 Technology is an essential part of any modern practicing attorney’s toolkit. In Tad’s Tech Corner, join me as I discuss how to best utilize technology– both from a device and software standpoint– during your daily lawyering tasks and during trial. Discussions, as always, are welcome in the comments section below.

The technology we use in the courtroom is constantly changing. The tech we have access to today offers machine learning, artificial intelligence, virtual reality, autonomous capability, and more. When we have access to so many different hardware and software, it can be challenging to step back and determine just how much tech is too much during a major trial.

Technology in the Courtroom

According to the American Bar Association (ABA), the most common technology used in the courtroom today includes:

Every trial you tackle will require a different strategy, which means different technologies. While technology can play a part in aiding your case during trial, it’s important to remember that there can be too much tech. In order to avoid jeopardizing your case, let’s take a look at how you can balance your technology strategy.

If you’re using technology during a major trial, it’s important to be able to determine if your use of that technology is effective. Start by observing the judge or jury in your case. If digital exhibits or extensive use seem to distract, confuse, or bore the jury or judge, it’s time to back away and stick to the basics. While you may feel the digital details are important to your client’s case, it’s possible the judge or jury could see no value in them if they’re overwhelming or nonsensical.

We know that live testimony at trial is not always feasible. Remember, however, that the constant use of video technology can hinder establishing the credibility of not only a witness but your case as a whole. This is because when a witness is being questioned or cross-examined, the jury watches for physical cues that could detract from what they’re saying. When a jury only has access to a video testimony, there’s a certain aspect of human relations missing. If possible, supplement video testimony with live testimony or the use of summary demonstratives.

If the chronology of your case is inherently confusing, using only videos and images as a foundation of your timeline can make it difficult for the jury to determine what happened and when. To avoid that problem, start out by presenting a solid timeline to the court and augmenting it with relevant images and videos. The jury will only be able to make an accurate determination if they can follow a logical flow.

Regardless of how you use your technology during a major trial, remember to gauge the reactions of the judge and jury. Their reactions will be the biggest indicator as to whether you’re focusing too much on the technology you have at hand and not focusing enough on clearly and concisely presenting your client’s case.